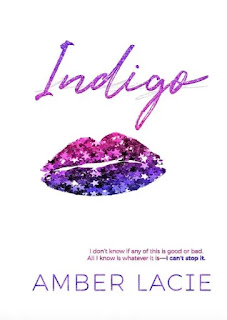 Some girls are born independent and fierce. They constantly shock the world bringing it to its knees. Indigo Bryant is one of them. At the young age of thirty, she has already bought and sold a highly successful design business. Needing a change of pace, she up roots herself from New York City, to move near her best friend in a small town in Alabama. What was supposed to be a relaxing summer, starts to change into something different when she meets Alexander Clark…
Despite his many talents and charming personality, Alexander Clark can't move forward and let go of the guilt from a horrible accident. His once promising baseball career, has now faded into the shadows. He's paralyzed by the nightmares of his past. That is until he meets Indigo…
Not every girl needs a knight in shining armor. Not every girl needs to be saved.
Not every boy is a knight. Sometimes they are the ones that need to be saved…


Amber Lacie never fails to let you down with the words she puts together to create a wonderful novel. Indigo is no different. Lex and Indie are just two broken souls trying to find a way to heal. Their paths cross and before you know it they're healing each other. Like every real life relationship they have work to make it work because who would think a city girl would fall for a country boy?

Lex had the world and more until a terrible accident took it away. On the outside it may look like he has moved on and is doing fine but deep down he is plagued with guilt, nightmares and unable to continue on. Then you have Indigo. She walks into his life and has him feeling things he hasn't felt in years. He isn't a knight on a white horse there to rescue anyone--he is the one needing rescued. Indigo is just the girl for that; she pushes him and supports him on his journey to letting go. Can Lex accept Indigo rescue attempt and let her all the way in and move on?

You're going to have to get the book to find out.

Lucky for you November 12th-16th it is free on Amazon. So go get Indigo Now.

We give it 5 shooting stars