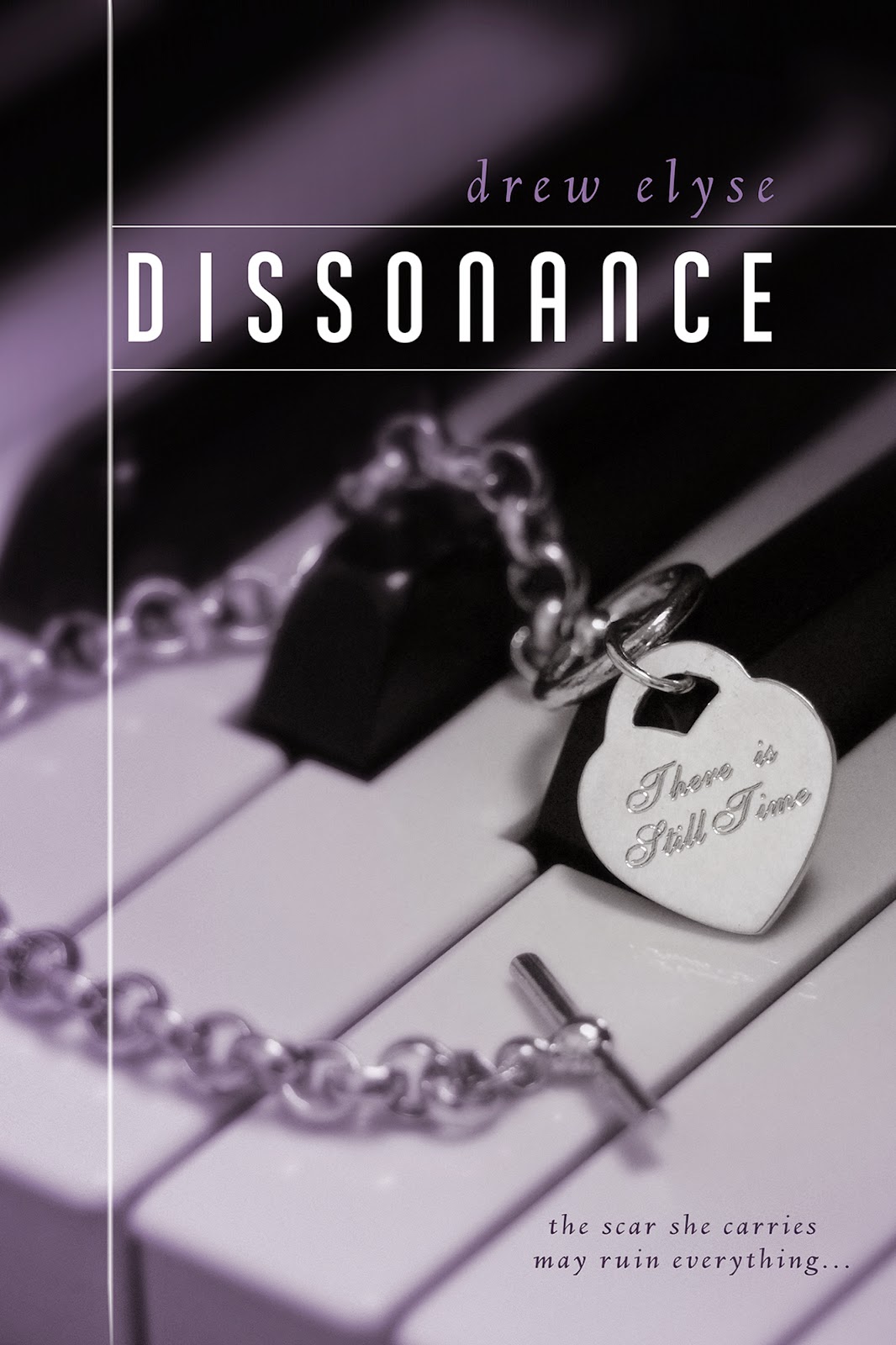 The first time Logan ever saw Charlotte, she was staring up into the rain.
Logan is searching for direction when his new roommate makes that entrance. With a body of pure sin, giant bright eyes, and the voice of an angel, she has his attention immediately. But everything about Charlotte is also screaming "hands off."
Charlotte is hiding. She made a life of pretending, and she is happy to keep it that way. Physically and emotionally scarred by the secrets of her past, the last thing she needs is a gorgeous roommate asking all the wrong questions. Their mutual attraction and devotion to music may be too strong to keep him at arms length, though.
Can they find a way to resolve the dissonance between them?

I went into this book blind. I sometimes just want to NOT know what a book is about before reading.  I went in with eyes and mind open.

We have all read the books out there with alpha men and "broken" girls. But this books was just a little different than that.  From the moment Logan laid eyes on Charlotte, he knew...she was his future.  Unfortunately his best friend, Charlotte's brother, said that she was off limits.  Logan had a few "friends with benefits" and hadn't really foreseen much of a wife and kids kinda future.  But that all changed once his eyes met her. Logan was a strong character but had such a soft side.  He was "alpa" when he needed to be (wink wink)!

Charlotte had a past.  We all do, but her's was deeply hidden.  Her brother and best friend didn't even know what was going on.  She kept her feelings, problems and nightmares to herself.  She struggled with wanting to be with Logan and sharing her past but was so desperately afraid to lose him or be worthy of him.

She tries to deny the pull between her and Logan but sometimes, these things can't be denied.

I really enjoyed watching this relationship blossom, but my heart broke for them a few times throughout the book. I just wanted Charlotte to open up to Logan and share her past with him. I did find myself yelling at my kindle a few time..."just tell him...he will understand!"

My only dislike in this book was...it was written in third person and I prefer more dialogue, but Drew really made me understand what they were feeling and thinking so I was able to overlook it most of the time.

I am a big music listener. Music is a big part of the relationship with Logan and Charlotte. Drew begins many of the chapters with songs.  I love to put music on in the background when reading.  She introduced some really amazing songs..."Bring your love to me" by The Avett Brothers is now one of my favorites!

I am looking forward to reading the story of Charlotte's brother, Eli and her best friend Alex. There is no cliffhanger in this book but hoping we see a little more of Logan and Charlotte in the future.

Drew graduated from Loyola University Chicago with a BA in English. She was born and raised in Chicago, IL, and still lives there with her boyfriend, a rabbit named Lola, and a bird named... birdie.
Besides writing, she loves reading, music, and crafting. She has a slightly-less-than-healthy obsession with all things Disney, and is an avid fan of the Chicago Blackhawks.