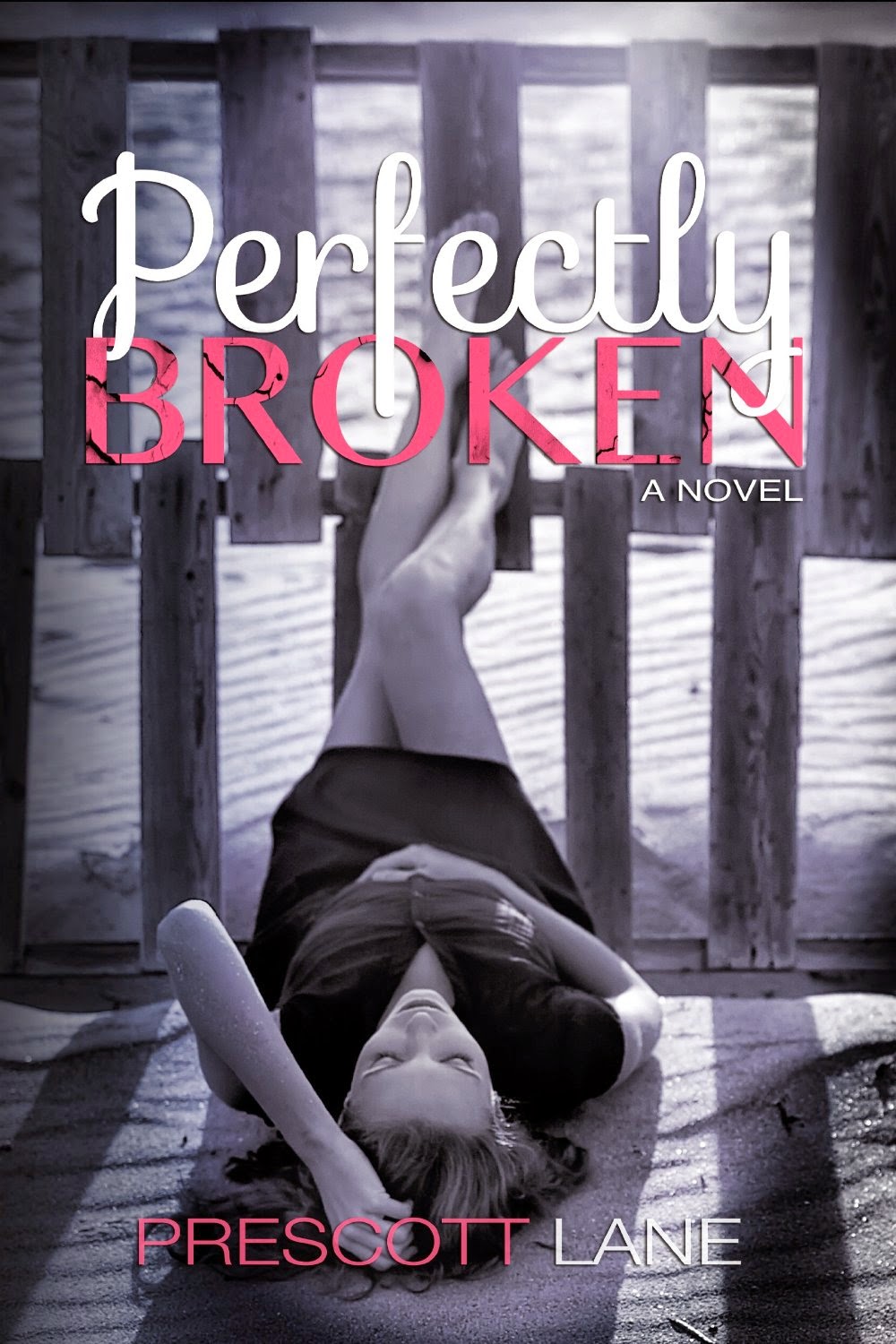 
Even after years of trauma therapy, Peyton still believes she’s broken. She has little desire to date or show off her natural beauty, content simply to hang out with her best friends and run her pie shop in New Orleans. But her world turns upside-down when a handsome architect and self-confessed player shows up in her shop and thinks she’s perfect, much more than the usual hook-up. While Peyton does her best to resist his charms, believing she could never be enough for him, she can’t deny the obvious heat between them. With Reed determined to have her, Peyton must decide whether to continue to hide behind her apron and baggy clothes or take a chance and share her scars with Reed, a man with a playboy reputation and scars of his own -- a dark past he can’t possibly share with Peyton, not after learning the horrors she’s endured. But if they can find a way to trust each other, and themselves, they just might be able to heal, to save each other, to live perfectly broken together.

After years of not allowing her self to have a relationship, Peyton has found herself interested in a man.  Not just any man, but her BFF's boyfriend's best friend.  Perfect story huh? Well, it's not all rainbows and unicorns for Peyton and Reed.

Peyton has an amazing therapist who will make you laugh out loud and wish you had someone like Dr. Lorraine to talk to.  She has been trying for years to get Peyton to believe she is deserving of love and is not broken but Peyton just won't believe her.  Once she meets Reed, Peyton's rough exterior begins to break.

Upon meeting Reed, who comes with a reputation, she is instantly on guard. But Reed begins to pursue her, without being the "player" that he is.  He just wants to get to know her and Peyton finally relents and the relationship between them is a sweet loving story of, actually two, broken people finding themselves worthy of love. Is it the secret that Peyton won't share, her friendship with Griffin, her best friend's brother or Reed's past that will keep them from having a future?

With so many books out there with "damaged" characters you may think, "I have read this story a million times", but this book is a little different.  They both need to overcome some past issues to have any kind of a future.  They will need each other to heal.

Rating: 4/5
An ARC was received from RockStarLit PR for an honest review

“Peyton can pick for you.”
“Yeah, she’s got some weird sixth sense about pie,” Bret said. “She can tell what pie you like just by looking at you.”
“We call it the ‘Pie Personality Gift,’” Quinn said.
“I think I’ll just take the apple,” Reed said.
“That’s no fun,” Peyton teased. “How about I give you the apple and also what I think you’d like, and then we’ll see?”
“Sure,” Reed said with a shrug. “How can you tell?”
“Let me see your hand,” Peyton said, a twinkle in her eyes.
“Are you some kind of palm reader?” Reed held out his hand and gave a smirk to Bret — as if this was the most ridiculous thing he’d ever done.
“It’s nice you do what you’re told,” Bret quipped.
Peyton slipped her hand into Reed’s, and a sudden electrical charge shot between them. She flinched at the contact, her baby blue eyes flying wide open, but he gently closed his fingers around hers, never letting slip a chance to hold a pretty girl’s hand, even if he didn’t believe any of her pie witchcraft bullshit. Quinn cleared her throat to voice her disapproval. But Peyton and Reed both ignored her, leaving Quinn to frown and grab a nearby table with Bret.
Reed studied her as she worked, or whatever the hell she was doing. She was a natural beauty — her baby blue eyes, long brown hair, and fair skin, without a stitch of makeup — a far cry from the overtly sexy model he usually went for. He memorized her perfect pink lips, knowing what they could do for him, and the curve of her neck, a silver locket dangling from it. He saw something else, too — at least he thought he did. There appeared to be some complication about her, some sadness behind her pretty eyes, something she was trying to hide. I could make you happy.
Peyton examined the shape and lines of his hands but found it hard to focus, a part of her wanting to run and hide, another wanting to run her hands through his dark, messy hair, to feel the slight stubble on his face, imagining his hands running down her body, her breasts against his washboard abs. Then she caught herself and drew a deep breath, her stomach churning, a million butterflies floating around. She looked up from his hands, into his steel blue eyes, shocked by her attraction to a man she knew nothing about. “You are devil’s food chocolate praline.”
“We’ll see.”

Prescott Lane is the author of First Position and her new release, Perfectly Broken. She is originally from Little Rock, Arkansas, and graduated from Centenary College with a degree in sociology. She went on to receive her MSW from Tulane University, after which she worked with developmentally delayed and disabled children. She married her college sweetheart, and they currently live in New Orleans with their two children and two crazy dogs. Prescott started writing at the age of five, and sold her first story about a talking turtle to her father for a quarter. She later turned to writing romance novels because there aren't enough happily ever afters in real life.
Twitter: https://twitter.com/prescottlane1
Facebook: https://www.facebook.com/PrescottLane1
Goodreads: https://www.goodreads.com/author/show/7055470.Prescott_Lane

Amazon Author Page: http://www.amazon.com/Prescott-Lane/e/B00CRHJCZI/ref=ntt_athr_dp_pel_1
Posted by Unknown at 9:00 AM