The Legend of Arturo King by L.B. Dunbar 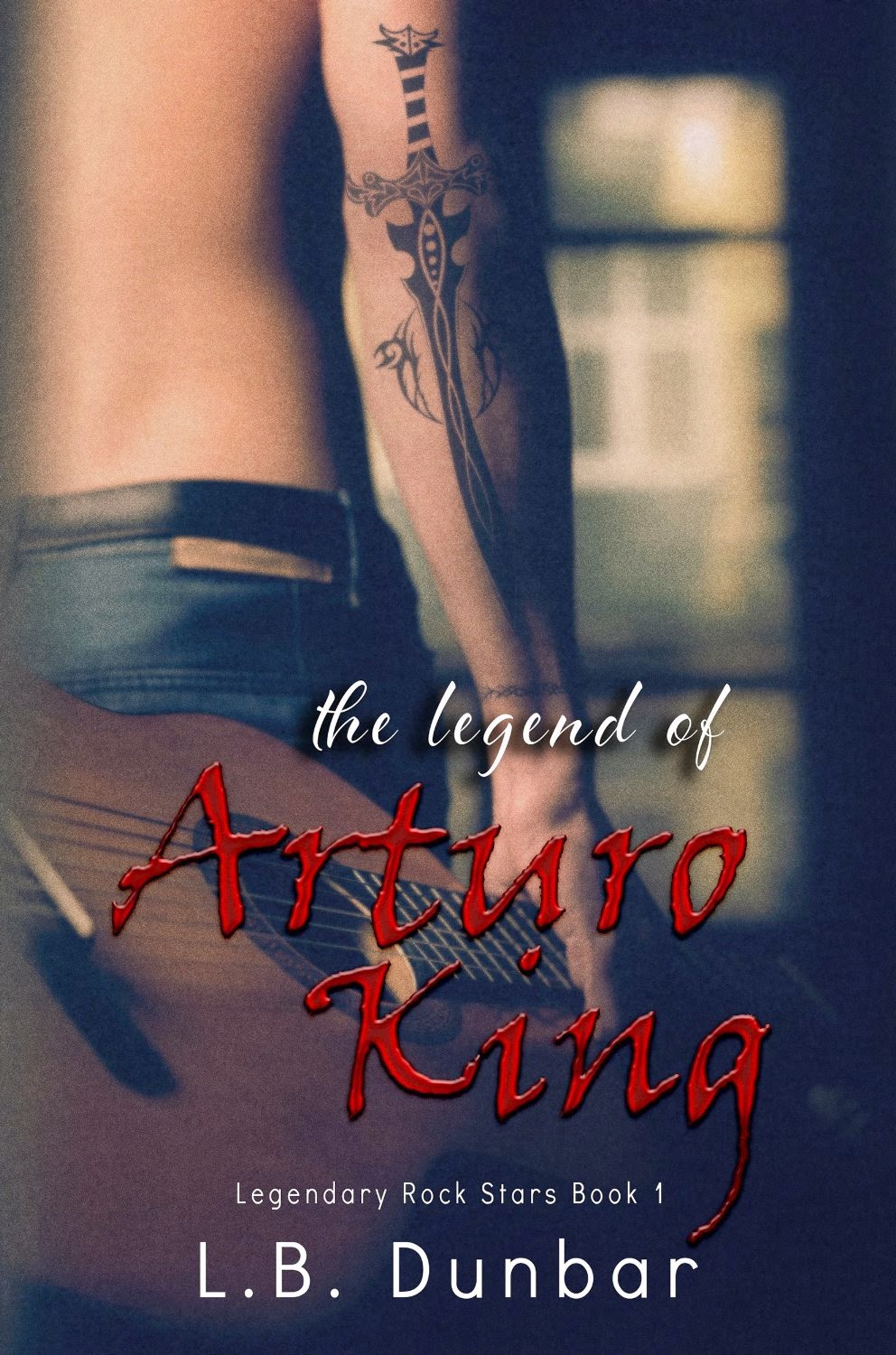 My name is Arturo King, and I’m told I’m a legend in music. My band is called Nights and we got our start at the Round Table in New York City. Raised by a foster father, I didn’t know the extent of my inheritance until I was twenty-one, and it was all more than I bargained for. I wanted to play the guitar and rule the world with song, but I learned I have a mother from old money, a dead father who was once a real estate mogul, and a record company that needed some rebuilding. Mure Linn, my friend and mentor, has been by my side through it all, teaching me to play, strengthening my lyrics, and guiding me in the music industry. There was one area he couldn’t guide me, though, and that was love. Guinevere DeGrance changed everything for me, I suppose, including the reason I’m here learning the legend of my life without remembering any of it.
******
I was given an ARC by the author for an honest review.

I started this book after reading Colleen Hoover's latest book and I thought I probably would take a day or two before getting hooked due to that fact. Actually, it didn't and if I'm being honest if I read this prior to Colleen Hoover's book I would have taken longer to read hers. I was hooked from the first page for many reasons.

Reason One: The descriptions and details. L.B. Dunbar doesn't use the cliché and typical descriptions I've often seen in many romance books of all sorts. I was quite pleased to see a new way of body parts or even hair being described. Most rock star romances tend to go to the same details and descriptions for everything however, Ms. Dunbar chose to go a different way, a way in which it got me to want more and actually finish the book.

Reason Two: When you a read a rock star romance book you expect the typical- drugs, sex and rock 'n' roll. Yes, they were there but Ms. Dunbar added a couple twist to her story. She added kidnapping, an attempted rape scene and worst of all a cliffhanger (LOL). Cliffhangers are the worst. I don't think, to my knowledge, that I have read a rock star romance book that had a cliffhanger. So I was pissed this one did, LOL.

Reason Three: Arturo King. The New Hot, Badass Book Boyfriend. Enough Said. I absolutely loved this book. She goes through Arturo's background and how he got where he is now. When you get that much detail you have two kinds of people the people who feel it is to much and the people who felt it was needed. I felt the story wouldn't have been same or as good without it. To learn he was just naturally musically talented unlike his siblings who had lessons to gain their talent. To see his family history and learn about his childhood helped you see who he is as a man, you can't help but wish you were Guinevere.

Reason Four (the final reason: Guinevere. The name alone I loved. It's not the traditional female name being used. She, just like the rest of the book, wasn't your typical female. She could have been classified as off limits at one point. She had her own family history to surpass. Her dad being the guy all the bands want approval from. She was a caring, sweet, lovable girl. She is someone you would never expect to see be so sexually unafraid and to take charge, I know I never saw it coming.

Ms. Dunbar takes you on a ride to dark side of rock star romances but, there are no cookies with this darker side just a cliffhanger. She takes you where you have never been when you read rock star romance books. I can't want to read the next book.