Hi, I'm Jennifer Dustow. And I'm Kimberly Miyasaki Lee. We have recently published the first book in our Safe Passage Trilogy: Vibrational Passage. First of all, no. We are not tin foil hat wearers. Until Prada or Louis Vuitton figures out how to make them fashionable, we are just two writers who enjoy an entertaining story. Conspiracy theories aren't just for the die hard extremists, you'd be surprised how many people you know who have their own conspiracy theories. However, most of them don't share their thoughts in mixed company for fear of being ridiculed and having rotten vegetables thrown at them while being run out of town. We actually think conspiracies are fun, taken with a grain of salt.

Sure, reality can bite sometimes, and so most of us go to the movies or open up a good book to escape for just a while to maintain our sanity. But this escapism can sometimes lead the mind to wander (uh-oh) and then wonder about the world at large.

While our country is at war, our economy is a mess, and natural disasters continue to wreak havoc, one might wonder... are all these events random or perhaps somehow linked?

Our true inspiration for Vibrational Passage came from all the conversations we have had about the what ifs of life. You know, when you hear a news story, sometimes there's a story behind the story that can't be reported for various reasons. Kim's experience as a journalist gave her the unique behind the scenes knowledge of the part of the news that couldn't be reported. The juicy stuff, that of course never actually goes to print or makes it on the evening news for various reasons. Take that and magnify it to the big world picture, and one has to wonder how much of the truth we are aware of. That's pretty much the seed of the idea we planted to create Vibrational Passage. 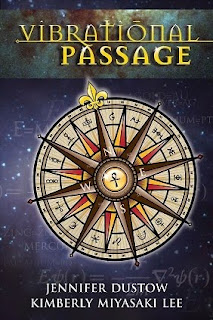 Physicist and geneticist Dr. Walden Sinclair disappears on 9/11. Trapped in time and space, he reaches out to Emma Lange for help. She discovers secret Hitler documents and a government weapon capable of changing future world events. In a race against time, she must find a way to protect the children under the Autism Spectrum, who possess a vital key in this deadly power struggle.

Want a chance to win Vibrational Passage? Well here you go. To enter, leave a comment below answering the following question:

What is the craziest conspiracy theory you have ever heard... and actually believe?

1. +1 entry for answering the question (required).

2. +2 entries for becoming a follower of this blog and Kim and Jenn's blog (click here).

3. +3 entries for tweeting about this contest, blogging about it (please tell us where!).

4. Giveaway is open to everyone.

We'd love to hear from you and will choose the top three best answers. The contest ends June 11, 2011 at midnight (EST). Winners will be announced on June 12, 2011. Three lucky readers will win a free Vibrational Passage ebook. Good luck!

I am officially BACK!

Sorry it took so long to come back. But I am back. Surprised I was able to get through at least the 4 books I have since I moved into my own place. Now that my work has settled down a bit and the "honeymoon" period of living has worn off I have been reading more again. So my reviews will keep coming now.
Posted by Lesa at 7:29 PM 1 comment:

Anna and the French Kiss by Stephanie Perkins

Anna and the French Kiss by Stephanie Perkins
Hardcover, 384 Pages
Penguin Group Inc.
December 2010
Anna was looking forward to her senior year in Atlanta, where she has a great job, a loyal best friend and a crush on the verge of becoming more. So she's less than thrilled about being shipped off to boarding school in Paris--until she meets Etienne St. Clair. Smart, charming, beautiful, Etienne has it all.... including a serious girlfriend.
But in the City of Light, wishes have a way of coming true. Will a year of romantic near-misses end with their long-awaited French kiss.
-----------------------------------------------------
First, I must say I want a guy like St. Clair. Awwwww.
Okay, this book is fueled with emotions. I found myself getting pissed at certain characters when they didn't do something I wanted them to do or did something stupid. I got giddy for Anna at the times when St. Clair was acting as if he didn't have a girlfriend. I really loved and got giddy when they were on Thanksgiving break (that's all you get for that part).
I loved how when the students went to places in Paris it was never the same place and if St. Clair was there you got a bit of a history lesson on the place. It made me feel as if I were on a tour in Paris, although I wasn't.
This has become my favorite book of 2011, so far. The year is far from over. 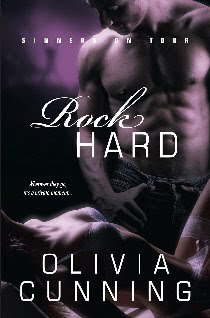